On Wednesday, November 27, Hannah Rankin of Glasgow, Scotland, will look to add the WBC Super Welterweight World Championship to her history-making resume when she faces Sweden’s undefeated Patricia Berghult at the Hotel InterContinental, Bay Arena, St. Julians in St. Julian’s, Malta. This will be the first World Champion Fight ever in Malta 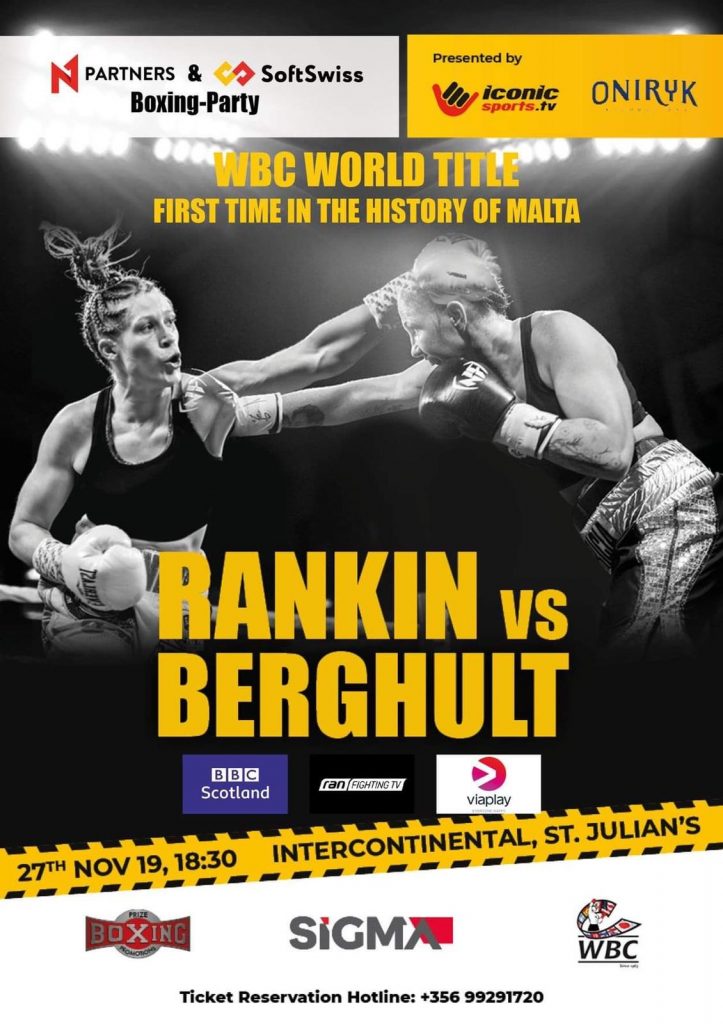 Rankin (8-3, 1 KO) and Berghult (13-0, 3 KOs) will meet in the 10-round main event of a card presented by Prize Boxing Promotion in cooperation with SiGMA and the main sponsor Softswiss/N1 Partners.

Rankin is a well-known celebrity athlete in the UK where she headlines sold-out shows. Rankin, a directly descendant of the Scottish national hero Rob Roy, is already the first Scottish woman in history to win a boxing world title after she captured the IBO World Super Welterweight Championship with a 10-round decision over Sarah Curran last June.
Patricia Berghult is RBO World Welter weight Champion and made her professional debut 2015
“I’m excited to be fighting for another world title in my own weight class,” said Rankin. “I know Patricia is unbeaten and in Europe many consider her to be a very, very good fighter. I am improving with every fight and I look forward to once again testing myself, as true fighters should, and becoming WBC world champion.”

The fight will be televised live to Germany, Sweden, UK

9 fights on the undercard. Also including on the night a last man standing fight for charity the Maltese boxing star Steve Martin – no brakes between rounds, boxing until one is knocked out